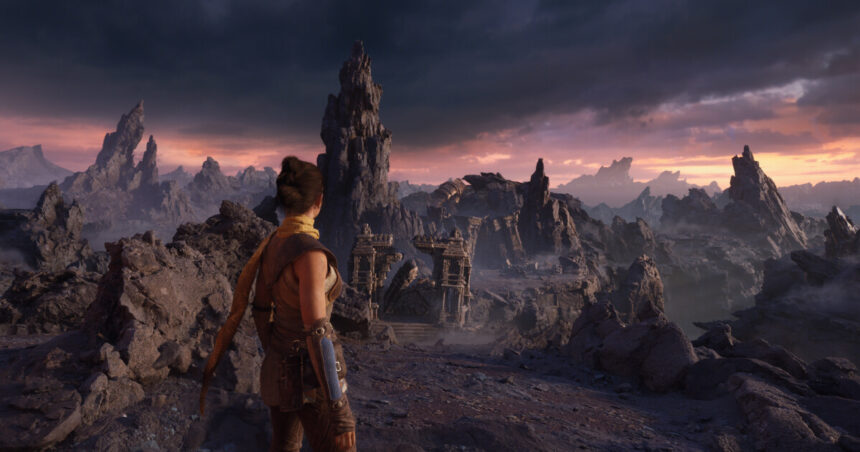 Unreal Engine, is one of the most popular and used game engines of the moment, belonging to the company Epic Games. Its operation is based on C++ code and its first version was created in 1998, although it was not available for free and public until 2015.

Unreal Engine is a development environment that includes all the necessary tools to build a game or simulation, such as a video editor, sound studio, code, or animation rendering, among other features.

Since 1998 5 versions have been created, which little by little, have expanded their features allowing a greater capacity for data processing, rendering, texture enhancement, and integration of new functions. It is a complete package that does not require additional plug-ins or add-ons to work at full performance.

It was an engine that was very complete at the time of its release. Thanks to this tool, Epic Games launched Unreal and Unreal Tournament.

Unreal Engine 3 was released in 2006. Designed for PC, with support for the most recent versions of DirectX and also with support for Xbox 360 and PlayStation 3, this version added elements such as:

The fourth available version of Epic Games’ Unreal Engine was released in 2015. Along with the announcement it was also specified that, for the first time, the graphics engine was going to be available to anyone who wanted it. The only condition set by Epic is that, if it is a commercial project, from €3,000 profit, Epic Games takes 5%.

This last release enables game developers and creators across industries to realize next-generation real-time 3D content and experiences with greater freedom, fidelity, and flexibility than ever before. This allows them to:

What’s next on Unreal Engine

The most awaited games show us more and more incredible images! From Vibrant we will show you some images:

GSC GameWorld, creators of the S.T.A.L.L.K.E.R. saga bring back a new adventure of their shooters set in the dangerous “The Zone” to, after more than a decade of waiting, plan to release in 2021 the awaited S.T.A.L.L.K.E.R. 2: Heart of Chernobyl. After the original episode and S.T.A.L.L.K.E.R. Call of Pripyat, the sequel Stalker 2 plans to return us to its sinister universe of mutants, first-person action and survival. It is expected in mid-2023.

After Jedi: Fallen Order comes Star Wars Jedi: Survivor, the next chapter in the story of Cal Kestis developed by Respawn Entertainment and published by EA. It is a narrative action-adventure game set five years after the events of the previous title, where the protagonist has to stay one step ahead of the constant persecution of the Empire, while he begins to feel the weight of being one of the last remaining jedi in the galaxy. Accompanied by his trusty sidekick BD-1, Cal will meet and ally with a wide variety of unique and interesting characters on his journey. Star Wars Jedi: Survivor guarantees improvements in combat, as well as new abilities and ways to grow your connection to the force.

It is a narrative adventure with decisions and Quick Time Events in the style of Quantic Dream’s works (Heavy Rain, Detroit: Become Human) developed with Unreal Engine 5. It will be released on consoles on an unspecified release date; the platforms it will be released on have not been detailed either. The trailer depicts a variety of quick-time events that players can go through. It also shows two instances of the same scene side-by-side, one where the player successfully completes a quick-time event and one where they fail, leading to two different outcomes.

From new games to reimaginings, open-world games to narrative adventures, new releases are sure to be talked about in the coming months (and years). The future that Unreal Engine presents us with is limitless.